July 1, 2019 -- just keepin' on keepin' on: Dell UNIX originally ran on hardware from almost 30 years ago, with almost all peripherals dependent on the (now long defunct) ISA bus. Though such hardware is still available on eBay, from recyclers and others, the door is closing on sustaining Dell UNIX on bare metal. Thanks to Antoni Sawicki's Qemu/Bochs & Virtual Box efforts, perpetuating Dell Unix on virtual machines is much more practical. However, SLIP will never cut it for network access when even 10BaseT seems painfully slow. For several years I've been intending to try to get an Ethernet driver for a card supported by Virtual Box emulation, probably an AMD Am79c970.


July 1, 2019 -- just keepin' on keepin' on: The JAWS machine will always have special sentimental value to me because of the Andy Grove experiences, the Steve Jobs experiences, demoing JAWS on Computer Chronicles, etc. My instance of that machine has also been of practical value for my testimony at a hearing in a patent matter, and in preparing Windows 3.11 machines for other patent matters. 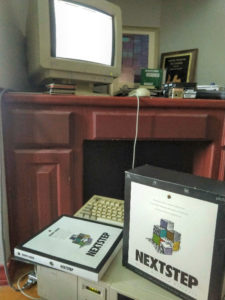 July 1, 2019 -- just keepin' on keepin' on: Working with the JAWS machine brought me back to thinking about NEXTSTEP 486 being developed on that machine. I only know part of the story first hand. Andy Groves and Steve Jobs were friends. Between the two of them, it was decided that NeXT should create a 486 version of NEXTSTEP and that JAWS would be the best development platform. If I recall correctly, it was late December 1991 that Steve, Avie Tevanian and a few other NeXT folks came to Michael's conference room and told Michael, Glenn Henry, probably Dennis Jolly, some other Dell folks and me about their plans. Glenn and I went to hear Steve announce NEXTSTEP 486 and demo on JAWS at NeXTWorld in January 1992. Dennis was the primary sales VP providing impetus for joint Dell/NeXT efforts -- Dennis and I would routinely go to the (in)famous NeXT headquarters in Redwood City to discuss our joint plans.


July 1, 2019 -- just keepin' on keepin' on: With working NEXTSTEP 3.2 in hand, I wondered if I could find sources for the original browser that Tim Berners-Lee wrote when he invented the World Wide Web at CERN, and if I could, could I get that browser working. Success! 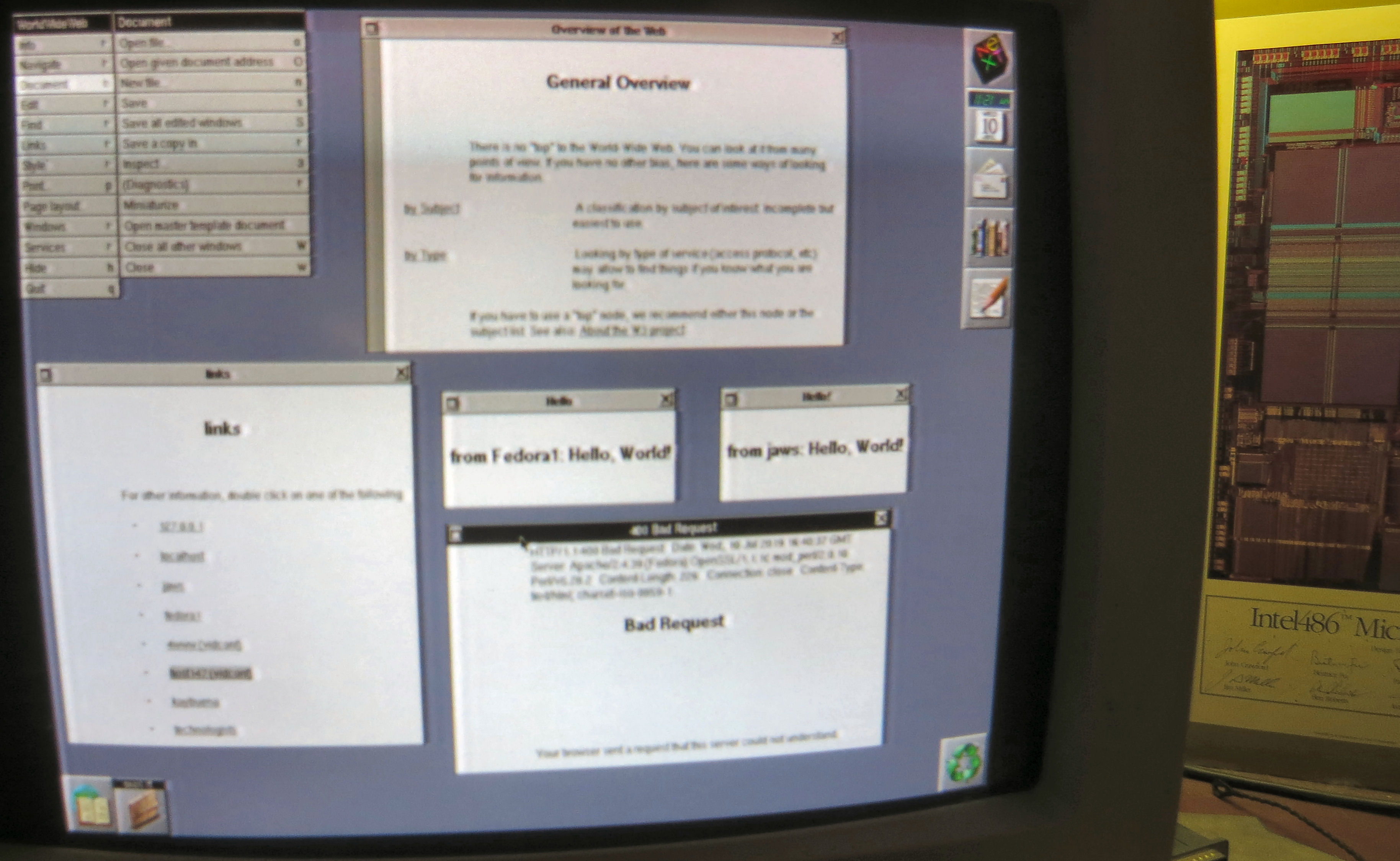