now that videoconferencing is Mainstream...

"Ain't it just like the night to play tricks
when you're tryin' to be so quiet?" (1966)
Visions of Johanna - Bob Dylan

December 6, 2018 -- time to assert the obvious. I've stopped trying to keep track of conferencing revenues and unit sales, primarily because my previous sources are no longer available: Elliot Gold retired almost 6 years ago. Andrew Davis is no longer at Wainhouse. Partly because the numbers seem less relevant when video calling seems so pervasive. Partly because the companies that I think of as equipment vendors seem most interested in touting their "cloud" offerings. Partly because every day I see Apple ads for FaceTime, or a news broadcast using Skype to interview a subject, or ESPN broadcasts including several anchors stylized as a multipoint videoconference. 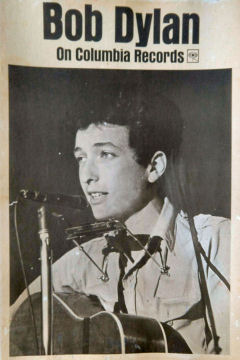 Consolidation of the room system manufacturers seemed almost complete two weeks ago, with the now abandoned Logitech discussions of acquiring Plantronics (which had acquired Polycom not that long ago). Regardless, it seems that room system equipment, and conferencing in general, is a minor part of the business of major suppliers such as Cisco and Huawei. BlueJeans, Lifesize, and Zoom ostensibly are cloud suppliers, making equipment as an afterthought.

Last Thursday illustrated my most typical use of videoconferencing, a monthly Skype meeting of the executive committee of the board of Rainbow Network. We assist the poorest of the poor in rural Nicaragua with health care, education, housing and economic development. As an organization, we use Skype constantly for communication across the U.S. and Nicaragua. Last week we had our typical sites, Austin, Ciudad Sandino, Seattle and Springfield, as if we were all in the same room.

Twenty two years ago, Joe and I expressed enthusiasm about video conferencing becoming "mainstream" in medicine. As with many of our predictions, it took more years than we hoped for realization. Last month, my wife was in the hospital. A staff person rolled in the modern equivalent of F.R.E.D. We had a consult with a specialist in Houston, almost as naturally as if he had been in her room. My biggest surprise was that it had taken so long for me to experience telemedicine first hand!

Now there are so many pervasive video conferencing apps that I don't try to keep them all in mind. I'm biased against FaceTime unless and until it supports non-Apple platforms, and typically don't accept FaceTime calls, but if I see our grand-daughter calling I pick up immediately. I don't normally think of WhatsApp for video conferencing, but when the Rainbow Network founder called a couple of weeks ago to report on just getting back from Nicaragua, I was glad to take his call.